Dolphin N2 has recently been exploring the temporary CO2 emissions drops globally as a result of the COVID19 pandemic.

It is no surprise that the majority of the emissions reductions have been due to lack of human movement & in particular due to lack of personal vehicle usage & aviation.

However, as we discussed last week, the need for personal travel solutions over public transport is now on the rise, with many commuters turning to their own personal modes of transport as some British workers are allowed to return to work. We are all well aware that the temporary reduction in CO2 emissions during the global pandemic, have been noticeable.

On Thursday 21st May, Carbon Brief held a webinar entitled ‘What impact is Covid-19 having on global CO2 emissions?’ panellists included Corinne Le Quere, Professor of Climate Change Science & Policy at the University of East Anglia. Professor Le Quere’s most recent paper for Natural Climate Change has focused on the drop in emissions globally from February to March 2020 as the Covid-19 pandemic was reaching its peek. The paper shows at the height of maximum global lockdown a cumulative global drop of 17% in CO2 emissions. (1)

Despite the figures showing a 17% reduction globally for the period of February to March & China showing a 25% reduction during the period after the Chinese New Year & into full lockdown; with countries globally moving slowly out of lockdown’s & industries being put back on track, the emissions drops we have seen over the past few months with not alter or change the path anthropogenic climate change was or is headed.(1)

One positive which has come from the COVID19 lockdowns & restrictions is a general feeling of a need to change attitudes, policies & climate indicators to ensure Earth is protected from another pandemic.

With this in mind, with people slowly beginning to return to work, travel options beyond public transport are now a consideration. With many people turning to personal transport for their commuting options, what alternatives to electrification are available for commuters?

With many options for zero emissions commuter vehicles already on the roads in the form of hybrid & EV; where does hydrogen fuel fit in to the puzzle of net zero?

Some of the new global developments in hydrogen cell technologies, are beginning to push the boundaries of which in recent years, electrification has tried to sustain. However, the evidence is pointing towards a sustainable mix in technologies enabling the human race to forge it’s way forward to reducing global GHG’s & bringing CO2 emissions down.

Hydrogen car manufacturers have been part of the quiet revolution in recent years. The Toyota Mirai, Hyundai ix35 & the BMWi Hydrogen Next are just some of the leading manufacturer names seeing an upsurge in hydrogen cell technology.

Closer to home in the UK, Riversimple, a Welsh development company have developed their own hydrogen car, the Rasa.

“The first car is a two seater ‘network electric’ car, powered by a hydrogen fuel cell. The engineering prototype has clocked over 60mph and has been weaving neatly through the traffic in London, as well as gliding down the country lanes of Powys.

The production prototype should do c.250 mpg (equivalent), with a range of 300 miles.  Emissions are zero at tailpipe and c.40gCO2/km Well-to-Wheel – even if the hydrogen comes from natural gas.” (2)

A recent article from the Canadian Hydrogen and Fuel Cell Association (CHFCA) outlines clearly why hydrogen fuel cell technologies can be a serious contender for future net zero driving.

During everyday use, both options offer zero emissions, high efficiency, an electric drive, and low noise, but hydrogen offers weight-saving advantages that battery-powered vehicles do not.

In one comparison, Toyota’s Mirai had a maximum driving range of 312 miles, 41% further than Tesla’s Model 3 220-mile range. The Mirai can refuel in minutes, while the Model 3 has to recharge in 8.5 hours for only a 45% charge at a specially configured quick charge station not widely available. (3)

Weight of cars with batteries as opposed to hydrogen fuel cells.

The weight ratio comparisons of Tesla 3 (long range) @ 480kg battery Toyota Mirai @ 88kg tank goes some way to prove that for heavy duty trucks in particular, hydrogen fuel cell technologies could be a better option, where every £/$ counts & weight is a key factor.

Since 2019 all new double-decker buses in London are hybrid, electric or hydrogen with plans that by 2037 all 9,200 buses across London will be zero emission.

The joint Mayor of London & London Assembly have been spearheading hydrogen buses for the London networks.

“Hydrogen fuel is a great way to power public and private transport in London. The only emission is water vapor which means that no carbon dioxide or other air pollutants are released into the air.

We know it works too, as our RV1 bus ran on it until recently. These hydrogen fuel cell buses continue to operate along our 444 bus route.

Hydrogen-powered vehicles have a range similar to conventional diesel vehicles achieving 350-400 miles on a single tank of fuel, and they can be refuelled within 3-5 minutes.” (5)

In March 2019 the City of Liverpool announced that as of 2020, the Liverpool City Region would be the first place in the North of England to trial 25 hydrogen powered buses. The £6.4 million bid made to the UK Governments Office for Low Emission Vehicles, enabled this ambitious project to come to fruition.

Since then, the project has moved on & with plans afoot to roll out hydrogen buses on the Corridor in St Helens, Liverpool, manufacturer Alexander Dennis & Stagecoach have already had an opportunity to test a hydrogen fuel bus on the corridor.

To support the refuelling of the hydrogen buses, ‘a hydrogen refuelling station will be built at the BOC Group’s Linde plant in St Helens, which already produces hydrogen for industrial customers.’ (6)

“The new hydrogen refuelling station will initially deliver 500kg of hydrogen every day,” “The project aims to demonstrate the commercial viability of a model that installs refuellers for high-use fleets to develop a network for future use by passenger cars and other vehicles.” (6)

“While some buses still consume well over 20kg of hydrogen per 100km, newer fuel cell buses now use only eight to nine kilogrammes per 100km.” (6)

While hydrogen vehicle options becoming more readily available & Governments & industry recognise the need to add Hydrogen refuelling stations to the vast infrastructure of fuelling options; there is the beginning of a shift towards alternative clean energy solutions for the automotive industries. 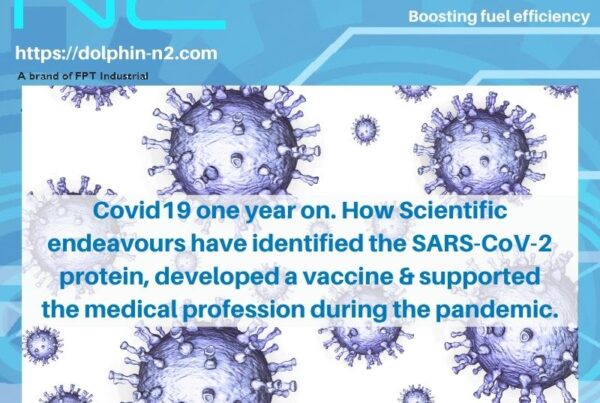 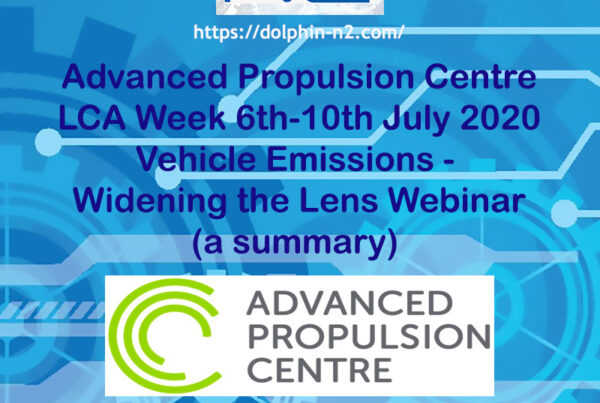 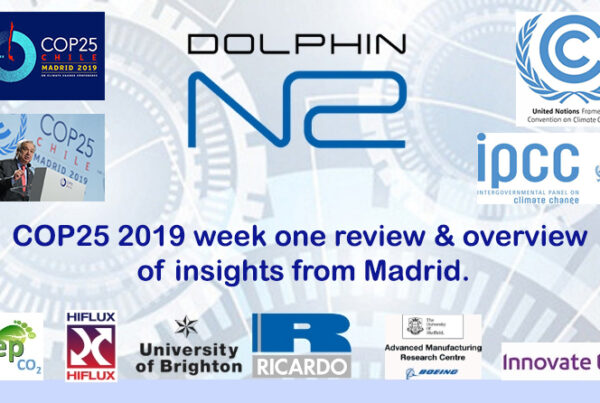 COP25 2019 week one review & overview of insights from Madrid.