Over the space of two days the Dolphin N2 team’s ThermoPower Recuperated Split Cycle engine generated an incredible amount of interest in the UK Government Pavilion. 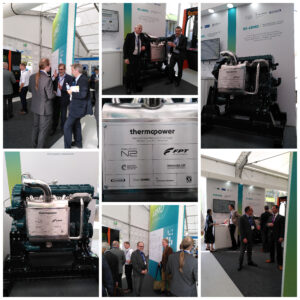 The aim of the fast-start competition was to support UK Industry’s continuation with R&D after the COVID-19 pandemic & accelerate the transition to zero emission vehicles.

The programme, designed as a green recovery support initiative, was conceived and launched within just two months & received 50 applications, out of which 12 exciting demonstrator projects were funded.

The project combines industrial & academic expertise to improve the engine’s efficiency & emissions, & validate a hydrogen combustion system with a unique ability for rapid conversion of a base liquid fuel unit.

Outputs are a demonstrator engine, and legacy of improved technology, facilities and virtual tools in readiness for a future APC application and commercialisation. (1)

The pandemic has meant that events such as LCV2021 have had to be postponed. Events such as these give such a valuable platform for so many low carbon vehicle innovators, manufacturers & Universities to showcase their ideas.

With the return of Cenex LCV, the Dolphin N2 team were able to display a physical engine on the ARMD stand. Scott Parsons – Project Manager & Chris Skoyles – Design Engineer were responsible for ensuring the engine not only created great interest, but also recognised the collaborative quality of the project. 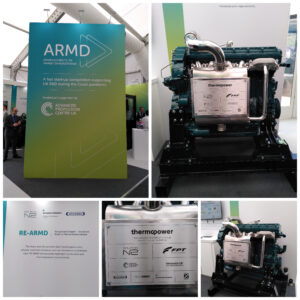 The overwhelming response to the display was incredible. APC CEO Ian Constance spent time speaking with Simon Brewster about the potential for the ThermoPower Recuperated Split Cycle engine & it’s capabilities as a zero emissions solution for heavy duty, off highway & agriculture.

With other interest, dialogue & follow up conversations planned from such people as John Kell – Dept of International Trade, David Tozer – Innovate UK, Chris Harris & Jon Beasley from the APC & Bath University to name but a few; the Dolphin N2 technology certainly has gained traction & interest amongst UK Government collaborators & other innovators in the advance to net zero arena.

“These Cenex events are an incredibly important staging post for the industry ahead of COP26, helping focus our energies & share ideas as we continue to play our part in tackling the greatest challenge of the century.”

It was a pleasure to see Trudy Harrison opening the APC Advanced Route to Market Demonstrator stand with a ceremonial cutting of a green ribbon.

The 12 ARMD projects unveiled by Trudy Harrison MP,demonstrated the phenomenal progress delivered in less than a year by those working within the sector, from organisations large and small, leading to new or safeguarded jobs and financial growth. (2) 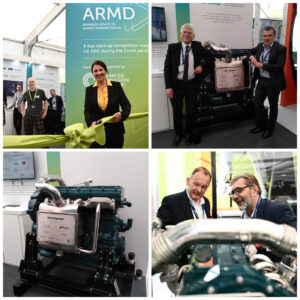 As so many events have been postponed & moved due to Covid, the Dolphin N2 team had two events to attend on Wednesday 22nd September.

After attending the LCV show for most of the day, Simon Brewster – CEO & Nick Owen – Technical Director, made their way to Westminster Abbey.

It was a great honour for Dolphin N2 to be asked to feature in the 300 Years of Leadership & Innovation book published by St James’s House, in collaboration with the History of Parliament & to attend this prestigious event. 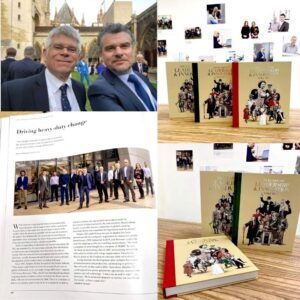