How are the SDGs striving for sustainable economic growth?

As the UK enters another unsettling time & the political leadership of our country hangs in the balance; we look to global ideals to retain a sense of balance for Earths future.

The economic growth of our planet is imperative for our survival, but brings with it it’s own challenges. In a time where global governments, agencies & industry are seeking ways to save our Earth from advancing climate change; the needs of the people who inhabit Earth, are still paramount. Therefore, when the UN defined the SDG’s (Sustainable Development Goals) they redefined the needs of the geology, biology, biodiversity & anthropological needs of the planet.

When we look beyond the UK at the facts & figures, we see a global map of how the human race are coping in modern times & despite vast developments in our evolution, there are still some considerable disparities between the extreme wealth of some developed countries & the abject poverty of those torn apart by civil & political wars, climate change & adverse living conditions.

With these figures in mind, we consider how this information tallies with the needs of the environment & how the UK economic growth has fared since it adopted the SDG’s.

The Clean Growth strategy launched in October 2017, has redefined how the UK plans to move forward, ensuring our economic growth is still able to focus on the expectations of the Paris Agreement(2015) & the Climate Change Act(2008)

The Clean Growth Strategy having been spurned by Sections 12 and 14 of the Climate Change Act 2008, has already achieved vast changes to our countries decarbonization programme & boosted our low carbon economy.

‘The UK was one of the first countries to recognise and act on the economic and security threats of climate change. The Climate Change Act, passed in 2008, committed the UK to reducing greenhouse gas emissions by at least 80% by 2050 when compared to 1990 levels, through a process of setting 5 year caps on greenhouse gas emissions termed ‘Carbon Budgets’. (2)

We have been among the most successful countries in the developed world in growing our economy while reducing emissions. Since 1990, we have cut emissions by 42% while our economy has grown by two-thirds. (2)

Theresa May’s introduction to the Clean Growth Strategy, made for an encouraging read in the face of advanced climate change & in recognition of our net zero economic growth plans.

“Protecting our environment for the next generation also benefits our wider economic prosperity. The UK has helped new green industries to develop which have brought jobs and growth, even as we have taken decisive action to protect the world around us.

In this document, we set out the actions we are taking to put clean growth at the centre of our modern Industrial Strategy: changing the way we heat our homes, power our cars, and run our electricity grid. But we cannot achieve this through Government action alone. We must harness the ingenuity and determination of all our people and businesses across the country if we are to build a better, greener Britain. The Government will help British businesses and entrepreneurs to seize the opportunities which the global low carbon economy presents, from electric vehicles to offshore wind. “(2)

Dolphin N2 is one of the British businesses Theresa May refers to. Dolphin N2 having already benefited from Government funding through the Government’s InnovateUK programme with a £4.8m InnovateUK grant; are now moving into their next phase of seeking investment from industry.

Dolphin N2 being an off shoot of international company Ricardo Plc, are a great example of how the economic growth of the UK, is balanced against the needs of the environment.

‘The business case for the technology is based on much lower CapExthan low emission alternatives, and a rapid payback versus conventional (usually Diesel) technology. On-cost for the ThermoPower engine is estimated at around +20% vs conventional Diesel, with a fuel saving of 10% giving payback in a year or less; for CryoPower, capital cost is estimated at around 50% of the cost of a commercial Diesel engine; fuel cost savings of up to 20% per year will again give a rapid payback on the extra cost. ‘(3)

From the inception of the Dolphin N2 name, the company has seen it’s team members grow & develop, with specialists from National & International sources joining the team. This proves that the needs of SDG8 are practically being met, in a collaborative way. 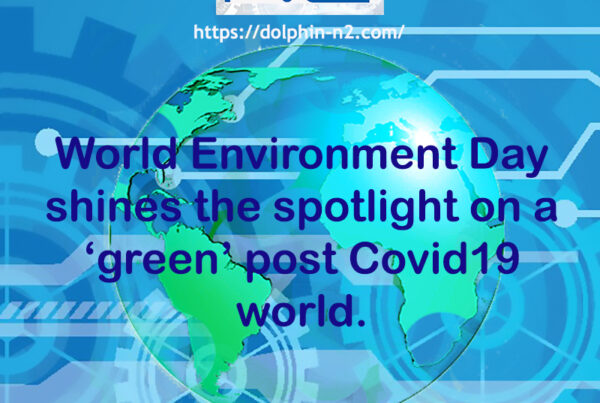 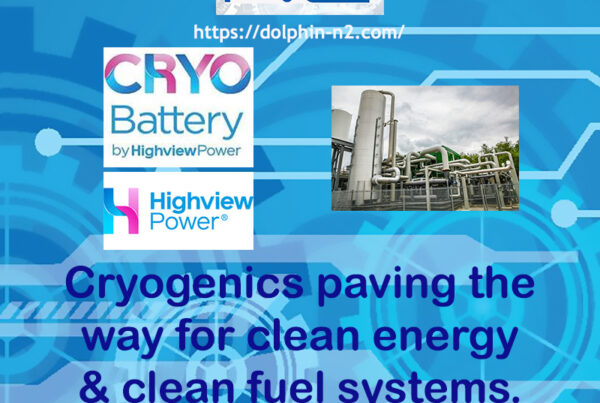 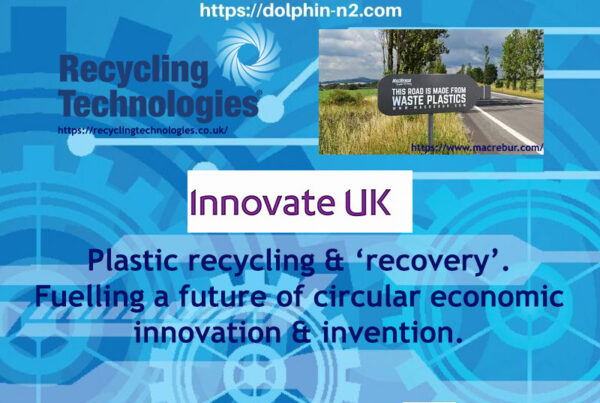