The Cenex LCV2019 event ‘LCV2019 & Connected Automated Mobility’ which was held in Millbrook last week, was an excellent showcase for the low carbon vehicle markets.

Representatives from a wide ranging cross section of industry were represented, from buses to road vehicles to racing cars; the coverage was extensive, engaging & inspiring.

Amongst the exhibitors & speakers, were some stand out British projects which are making a considered impact in the market. Buses, business vehicles, biomethane powered tractors & racing cars all designed & made in the UK, were celebrated & exhibited during the LCV event.

The City of Liverpool has announced that as of 2020, the Liverpool City Region will be the first place in the North of England to trial 25 hydrogen powered buses. The £6.4 million bid made to the UK Governments Office for Low Emission Vehicles, has enabled this ambitious project to come to fruition.

The bid was put forward by a consortium led by industrial gases company BOC, and including the Liverpool City Region Combined Authority and Arcola Energy, working with bus-makers Alexander Dennis, and will be progressed in conjunction with Arriva and Stagecoach, as members of the city region’s Bus Alliance.(1)

The Liverpool City Region Hydrogen Bus Project will be enabled by a dedicated refuelling station being built at BOC in St Helens, which already produces hydrogen for industrial customers.

With the refuelling station able to produce up to 500kg of hydrogen every day, the far reaching aims of the project are to promote the use of hydrogen power beyond the bus scheme & add value to the argument for hydrogen passenger cars & other vehicles alike.

“With a low-carbon economy worth more than £2 billion a year, we are already in the vanguard of the green energy revolution and the Liverpool City Region Hydrogen Bus Project is another very exciting step in that direction.”

“Introducing commercially-viable hydrogen-powered buses would not only help our city region tackle poor air quality and achieve our ambition of being zero carbon by 2040 but would put us at the forefront of a technology that could be transformative for the rest of the country and beyond.” (1)

With its 50km zero emissions range, the hybrid transit van in John’s words is a “no compromise vehicle for the customer & is available as a production vehicle by the end of the year (2019)”

The purpose of the Ford transit hybrid plug in, is that the powertrain can be charged at the mains & run entirely on electric on shorter journeys. The 1.0 ltr EcoBoost engine can still deliver efficient performance, even on longer trips.

The attraction of the low emissions & environmental sensitivity of the Transit hybrid plug in, means that short city trips which can so often see efficiency hampered by the stop-start scenario; can now see not only reductions in emissions, but also enhances fuel efficiency for the longer journeys. On longer journeys, the 1.0 litre EcoBoost engine helps to extend the van’s range to over 310 miles (500 kilometres) – working with regenerative braking to recharge the battery. And once sufficiently charged, you can switch back to electric only, helping you save money and reduce pollution. (2)

Biomethane is becoming a more & more viable renewable energy source, with anaerobic digestion processing becoming an easily adaptive programme for many farms across the UK. Farmers are tapping into the idea that waste vegetation & in some cases, animal waste, can produce a suitable renewable energy source & in doing so can reduce their consumption of mineral diesel, further helping decarbonise the farming industry. The sustainable & local availability, also makes biomethane a viable low carbon product, as transportation of the fuel is often not needed or kept to a minimum.

The first biomethane fuelled agricultural tractor was on display at LCV2019 last week, a showcase for British collaboration & innovation.

“Ricardo is pleased to be supporting CNH Industrial on this important project,” commented Ricardo project director, Steve Pendrey. “Biomethane offers an attractive alternative and sustainable fuel pathway to mineral diesel, for the decarbonization of farm-based operation of tractors and other equipment in the off-highway and commercial vehicle areas. By bringing our automotive and off-highway engines expertise to this exciting project, we hope to play our part in pulling forward this promising technology.” (3) 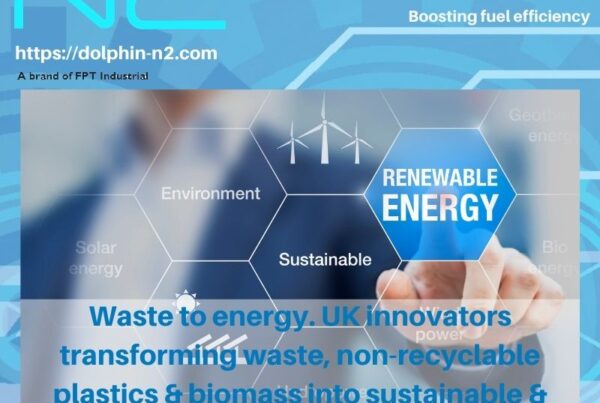 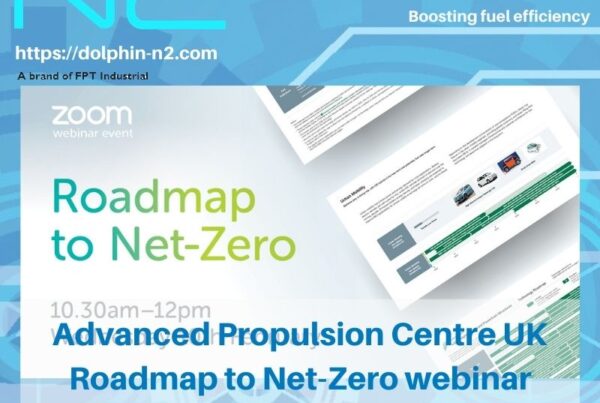