Biodiesel Bioethanol How are industries developing/reacting to this need?

By Katy JaneFebruary 4, 2019 No Comments

Biodiesel & Bioethanol. With the focus returning on liquid fuels relevance & importance, how are the industries developing & reacting to this need?

Diesel, Biodiesel, BioEthanol, Renewable energy, Ethanol & Liquid fuels; We are all aware that liquid fuels will remain ever prevalent in our economies & will fuel our cars, trucks, ships, trains & planes for the foreseeable future. Previous Dolphin N2 articles have explored developments in diesel fuels & engine technologies which continue to utilise & exploit the benefits of the internal combustion engine for the next generation of vehicles and prime movers.

“Some 270 new types of diesel cars type-approved against the latest Euro 6d-TEMP standard were introduced on the European market over the past year (2018). The new data shows that all of these diesel cars performed well below the NOx threshold of the real driving emissions (RDE) test, which applies to all new car types since September 2017. What is more, already today most of these vehicles show results that are below the stricter NOx threshold that will be mandatory from January 2020.

Each of these 270 RDE-compliant diesel vehicle types represents a whole ‘family’ of similar cars of differing variants, so a multitude of low-emitting diesel cars are now available on the market. The German automobile club, ADAC, estimates that there are more than 1,200 different RDE-compliant cars available today1. Moreover, their availability is increasing rapidly.” (1)

Despite these advancements throughout 2018, the consumer market has reflected badly on the automotive industries continuation of a diesel range. The Guardian reported in December 2018 that the UK car manufacturing production had:

However, liquid fuels & liquid fuel applications continue to be developed & embraced by the heavy haulage, shipping & rail sectors, with a greater emphasis on engine & fuel development, rather than, for example in the domestic car market focusing on electrification.

Two examples of how industry giants are utilising the ‘dual fuel’ systems for shipping, are DAIHATSU & KAWSAKI HEAVY INDUSTRIES, who continue to fly the flag for the development of liquid fuel applications.

Daihatsu have embraced the need for the shipping Co2 emissions reductions in a variety of ways. They offer SCR but also a range of clean burning dual fuel DF engines. The Daihatsu DF engines, switch seamlessly between gas & liquid fuel &, unlike a conventional diesel engine, can cut NOx by up to 80% during gas mode operation.  (3)

The National Biodiesel Conference, San Diego began on 22nd January 2019 with a clear message from Donnell Rehagen, CEO of the National Biodiesel Board, extolling the virtues & resilience of the American Biodiesel companies for their resolve & determination in the face of adversity. BIODIESEL Magazine recognised that:

‘Today, the (BIODIESEL) industry produces nearly 3 billion gallons annually and supports more than 60,000 jobs across the country. The LCFS is expected to make California alone a 1 billion-gallon market for biodiesel in the coming years.’ (5)

With biodiesel being made from an increasingly diverse resource base including recycled cooking oil, soybean oil & animal fats, biodiesel is recognised as a renewable, clean-burning diesel replacement which can be used in existing diesel engines without a need for modifications. America are not the only country forging ahead with their research, development & roll out of biodiesel. Other global projects are in development. In the west Indian city of Pune, Scientists at the National Chemical Laboratory (NCL), have discovered a way of converting industrial biomass into an organic biofuel. Scandinavian company NextFuel presented their Elephant Grass & Bagasse based carbon neutral fuel at COP24 (2018). Exxon Mobil & Synthetic Genomics have produced an algae based biofuel with the intention of using this product as a low-emission transportation fuel & UK company, Argent Energy established in 2001, uses waste fats & oils to ensure a fully sustainable biodiesel production.

Biodiesel Producers are developing ingenious ways to utilise waste product & the sustainably grown organic matter but, what other liquid fuel developments are being recognised by the automotive industries?

Bioethanol has of course been a huge part of the liquid fuel mix for a considerable length of time. Bioethanol is carbon neutral since the carbon dioxide & water released during refining and combustion is equal to the carbon captured from the atmosphere as the crop is growing.  This makes bioethanol an extremely attractive alternative to traditional gasoline & petrol.

“Yet another call for evidence, followed by another consultation, only adds to the industry’s precarious position and calls into question whether the Government is taking the advice and the ultimate aim of cleaning up transport seriously,”

“We also disagree with the document’s assertion that E10’s impact on air quality is ‘negligible’ – countless recent studies have shown a direct correlation between increasing ethanol levels and reducing pollutants such as particulates, as well as suggesting that E10 could reduce NOx by up to 34%, particulate matter and nanoparticles by up to 96%, and carcinogens by around 7%.” (6)

Therefore, we can see that the liquid fuels market is still thriving & striving to continually develop more sustainable & environmentally attractive alternatives for the internal combustion engine. However, what is evident, is that some countries are more willing to embrace the fuel alternatives & seek out a more balanced use of automotive fuel systems & applications. 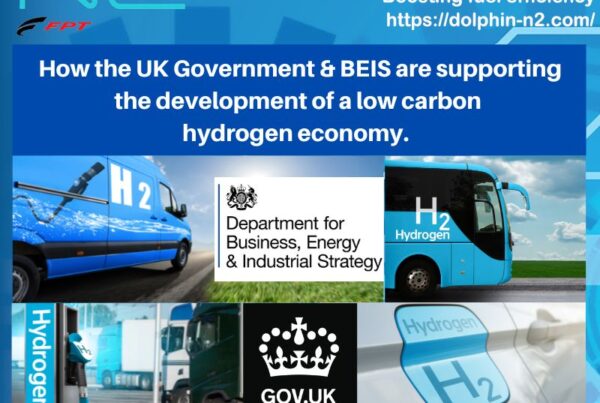